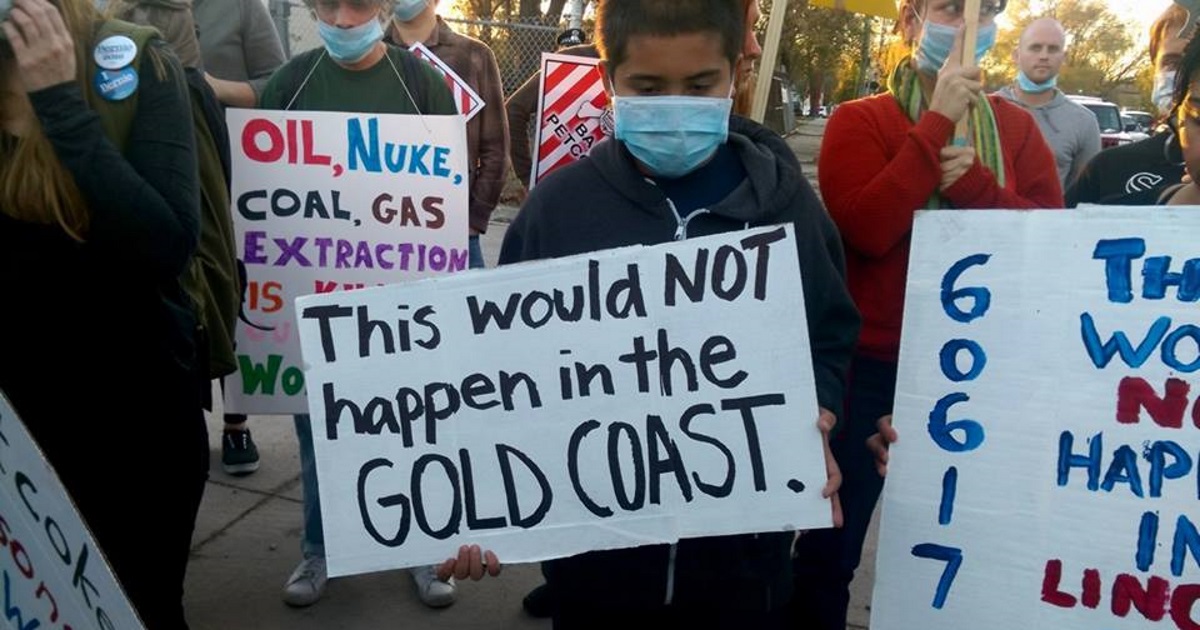 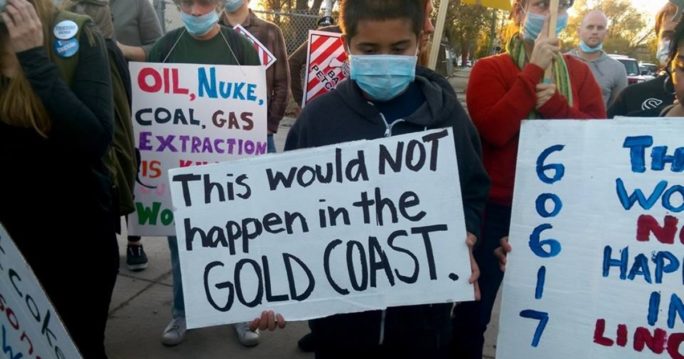 Chicago has been racked in recent months with bombshell reports on the state of our schools, from vermin infestations and filthy classrooms to crumbling facilities that may expose students, teachers and staff to toxins like asbestos and lead. These appalling conditions are driven by decades of neglect of Chicago’s neighborhood public schools, particularly those that serve Black and Brown children. But the health hazards our students confront are hardly confined to neglected public schools. Chicago’s working class communities of color have been dogged by generations of environmental racism, as well.

Environmental Racism: Racial discrimination in the development and implementation of environmental policy

Environmental racism  — racial discrimination in the development and implementation of environmental policy — often manifests as a concentration of hazardous waste disposal sites in and around areas with a relatively large ethnic minority population. Racist housing and development policies and nakedly segregationist laws and practices were widely deployed throughout the United States from the time of the Civil War through the 1960’s, greatly restricting where Black and Brown residents were able to rent or buy houses.  More privileged white areas historically typically imposed zoning restrictions that prohibited pollutants near their homes (Rothstein, 2017, p. 40). But patterns of racial segregation too often housing pushed Black and Brown families to housing that historically has been — and continues to be — near polluting industries. Legal restrictions on where people of color may live have been ruled unconstitutional. Yet cultural biases and norms dovetail with de facto housing segregation driven by racially grounded economic disadvantage — and segregation continues today.

In a recent study using Environmental Protection Agency (EPA) and U.S. Census data, scientific researchers have found that Black and Brown students are most at risk for exposure to dangerous levels of air pollution due to the proximity of their schools to the sources of pollution.  Cook County ranks 9th in the nation among “the worst counties in the US for air pollution near public schools.”  Chicago and many other municipalities are geographically segregated by race, the neighborhood schools that students attend are also starkly segregated — hence, the huge disparity in health risks due to pollution indicating environmental racism. Local pollution “hotspots” are commonly near freeways, airports and industrial facilities.

Exposure to neuro-toxins has been proven to cause learning disabilities, especially when that exposure is early in a child’s brain development. Camden, New Jersey tops the list of worst polluted areas in the country, leading teachers’ union leaders to wonder how many students have been mislabeled with behavioral issues that may actually be driven by exposure to environmental hazards, and how many health-related problems that interfered with academics and attendance could have been prevented.

Residents on Chicago’s southeast side have been fighting against pollutants for years, from soil contaminated with heavy metals on the near southwest side to petcoke storage piles along the Calumet River. Yet problems and challenges persist. As recently as January 2018, a steel mill on the southwest side was cited for dangerously high levels of manganese dust, “a heavy metal used in steelmaking that can permanently damage the nervous system and trigger learning difficulties, memory loss and anxiety,” according to the Chicago Department of Public Health.  Nearly 2,000 children live near the site.

“Only a handful of states require that schools are not placed next to environmental hazards,” according to researchers interviewed in an article in the Guardian on the environmental study cited above. “In 2010, the EPA issued national guidelines on picking school locations but backed away from imposing mandatory buffer zones.” Both researchers and local residents fear this issue will only get worse under the Trump administration, which has moved aggressively to dismantle environmental protections.

How can these issues be addressed?  You can start by getting involved with local environmental organizations such as LVEJO in Little Village, PERRO in Pilsen, the Sacred Keepers Sustainability Lab in Bronzeville, the Southeast Side Environmental Task Force in Hegewisch, Blacks in Green, Openlands, and a variety of organizations that manage community gardens — and have raised concerns about toxic contaminants in those gardening sites. Invite a speaker to your class to lead a discussion with your students about local environmental issues, environmental racism and how they can get involved.

If you’re concerned about environmental health risks at your school, see the “Know Your Rights” information on the CTU’s website, and reach out to our Organizing and Grievance Departments for help in brainstorming opportunities to take action in your school based on our contract language.