This week, we’re reading about Illinois’ regressive school funding formula, how Chicago communities are fighting deportation, and how CPS policies have worked to segregate Black students as well as Black teachers. A Just Chicago will have more on the new study on dual segregation in our schools from CTU’s own researchers next week, so be sure to check back on Monday. 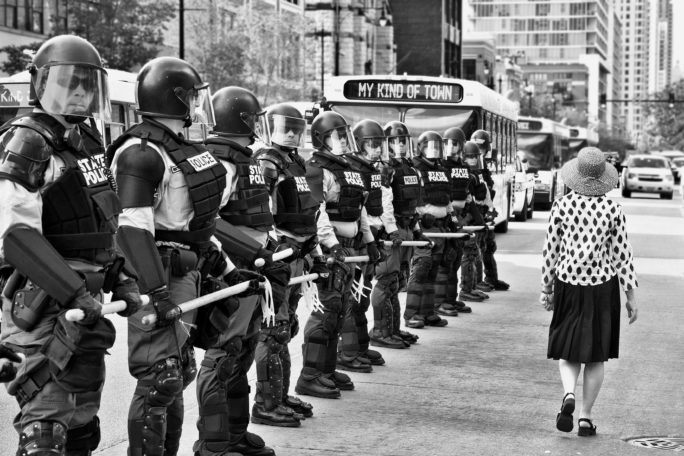 1. ACLU condemns Emanuel’s plan as ‘hostile to police reform’ : Rahm’s reversal on police reform has put him at odds with the ACLU and the judiciary.

“The only real path to police reform in Chicago is through a consent decree overseen by a federal judge,” Karen Sheley, director of the ACLU’s of Illinois Police Practices Project, was quoted saying in that release. “The city is proposing to sign a set of promises with a DOJ that is hostile to real police reform. … This proposal is a non-starter for anyone committed to real reform of Chicago’s broken system of policing.”

Any new state contributions would go first to districts that are furthest from their adequacy targets and SB1 promises that no school district will see a decrease in funding. It ranks districts on a four-tier scale and uses current funding amounts as a baseline starting point before adding new state dollars to those levels going forward.

3. Kids Getting Their Dad Back (For Now) After Neighbors Fund Deportation Bond : Community efforts to organize their schools and protect their undocumented neighbors continue to be crucial.

After the arrest, Elena sprang into action: She promptly called her 15-year-old son’s school, Carl Schurz High School, and spoke with one of the counselors. The counselor spread the word and referred her to local organizations that advocate for families facing deportation such as The Resurrection Project and Logan Square Neighborhood Association.
The advocates set up an online fundraising campaign and immediately shared it across social media platforms. With the power of their networks, donations started rolling in from teachers, students, neighbors and other supporters.

4. How Education-Funding Formulas Target Poor Kids : A new study finds that all things considered, Illinois has the most regressive school funding formula in the nation, and that hurts low-income students.

School districts receive local, state, and federal funding, and available local dollars typically reflect the socioeconomic makeup of a community. In areas where students come from higher income brackets, the researchers found, families typically pay more in property taxes, which help fund schools. As a result, local funding is regressive—meaning more of it flows to schools with fewer low-income students—in all but a few states.

5. Segregation and inequality in Chicago Public Schools, transformed and intensified under corporate education reform : CTU’s own Pavlyn Jankov and Carol Caref have done some heavy data lifting and published their results, demonstrating how CPS policies segregate not only Black students, but also Black teachers. Check back here next week for more on this topic!

This paper documents how despite their decreasing numbers and percentage in the system, the vast majority of Black students remained isolated in predominantly low-income Black schools that also became the target of destabilizing corporate reforms and experimentation. This study examines the historic and contemporary dual segregation of Black teachers and Black students in Chicago Public Schools, and how mass school closures, privatization, and corporate school reform have both transformed and deepened segregation and resource-inequity across Chicago’s schools.