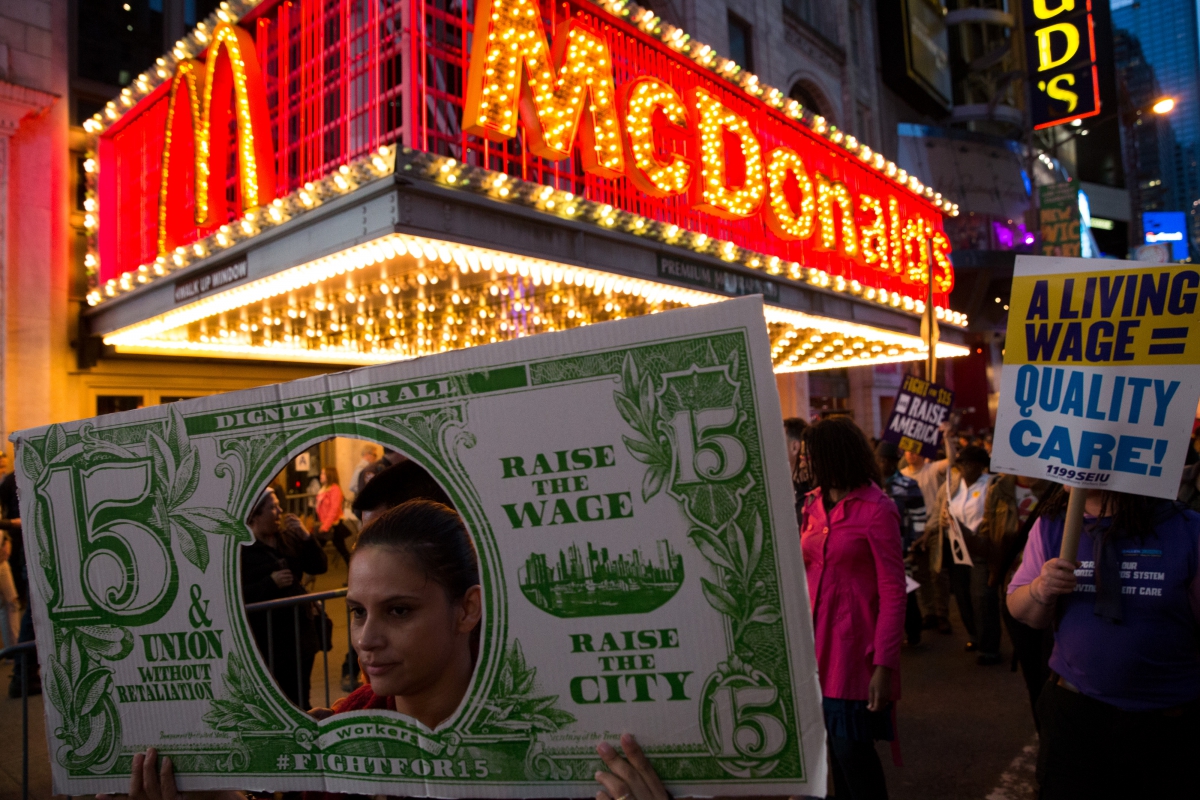 Even more reasons to raise the minimum wage 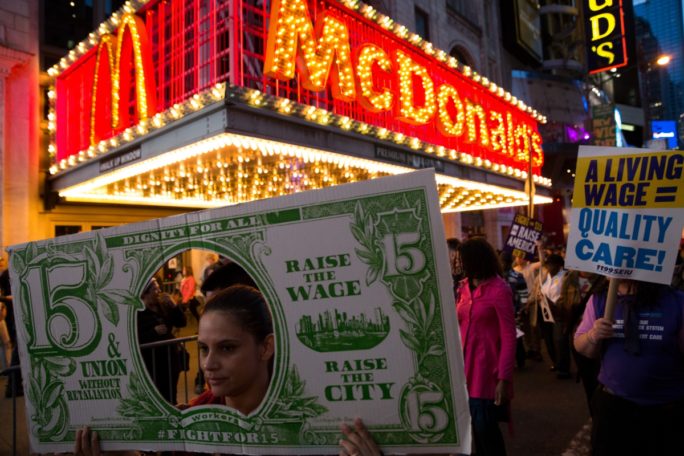 A new study from the Voorhees Center for Neighborhood and Community Improvement at the University of Illinois at Chicago shows that increasing the minimum wage would allow more workers to find affordable housing. Meanwhile, the number of low-wage jobs would not diminish, and Illinois would receive millions more in taxes while paying out less in public assistance.

The study examines the impact of three specific minimum wage increases ($10, $13, and $15 per hour) in eight regions across Illinois, including Chicago. Researchers are particularly interested in how increased wages might make housing more affordable for working families. A previous study found that in order to afford a 2 bedroom house or apartment in Illinois, household members would have to work full time at $19.98 per hour. The current Illinois state minimum wage is $8.25. Clearly, wages are not keeping up with the cost of housing.

Here’s a summary of the report’s findings:

An increased minimum wage would mean fewer rent burdened workers in Chicago. In Chicago, nearly two thirds of renters are rent burdened, meaning they spend more than 30% of their income on housing and utilities. A 15 dollar minimum wage could potentially lift the housing burden on a third of Chicago’s workforce.

While some worry that raising wages would mean higher rental costs, the researchers found little data to back up that assumption. A minimum wage increase impacts only the lower end of the rental market, so changes to housing prices wouldn’t impact the entire market. Additionally, wage increases have, in the past, lead to more Illinoisans moving out of the rental market and into homeownership, decreasing demand for rentals and countering any pressure to the rental market. As wages go up, researchers expect more families to look to buy their own homes rather than stay in rentals.

Finally, it’s important to note that in Chicago, housing prices have been driven up from the high end of the housing market as developers build new luxury rentals to entice new and affluent renters into the Chicago market rather than build the types of housing that Chicagoans need now. For years, Chicago’s supply for rental housing has not been driven by demand.

If employers paid their workers a living wage, then the government would be able to spend less on public assistance programs as households become more self-sufficient. However, Voorhees researchers caution that reducing reliance on public assistance alone is not adequate. Researchers warn that, “when considering housing affordability in particular, becoming ineligible for certain public benefits could be a zero-sum game for households if their new earnings do not keep pace with the rising cost of housing”. In other words, a family might no longer rely on benefits such as SNAP (or food stamps), but their overall economic situation will not improve if their housing costs still continue to rise faster than their wages.

The study goes beyond looking at the direct impacts of a minimum wage increase for workers to estimate how higher wages might affect the overall Illinois economy. While a $15 per hour wage means that workers in Chicago would see their wages increase by half, researchers also asked what this would mean for the economy as a whole in order to debunk the myth that better wages mean fewer jobs. The researchers anticipate that layoffs in the directly impacted low-wage industry would be offset by job growth in related industries. Overall, the region would lose less than 1% of its jobs as a result.

Voorhees researchers have found that “increases to the minimum wage would result in fewer housing cost burdened households across the board in Illinois” and wage increases are most crucial to workers in Chicago, where the cost of living is highest. However, the researchers also warn that wage increases alone cannot guarantee security for our communities. Policy makers need to support the production of truly affordable housing, especially for those who are not in the workforce, such as disabled folks and seniors. Housing costs have outpaced income growth in Illinois for over two decades and a wage increase alone cannot reverse that long trend.

These findings have a direct impact on our student’s families and their economic security, as 84% of all CPS students come from low-income households. Better wages also means new tax revenues, something Chicago desperately needs to keep our schools open while Rahm and Rauner are busy pointing fingers at each other. If the mayor or the governor decide that they have any sincere interest in easing economic burdens on their constituents, the Voorhees Center has some recommendations they might find interesting.