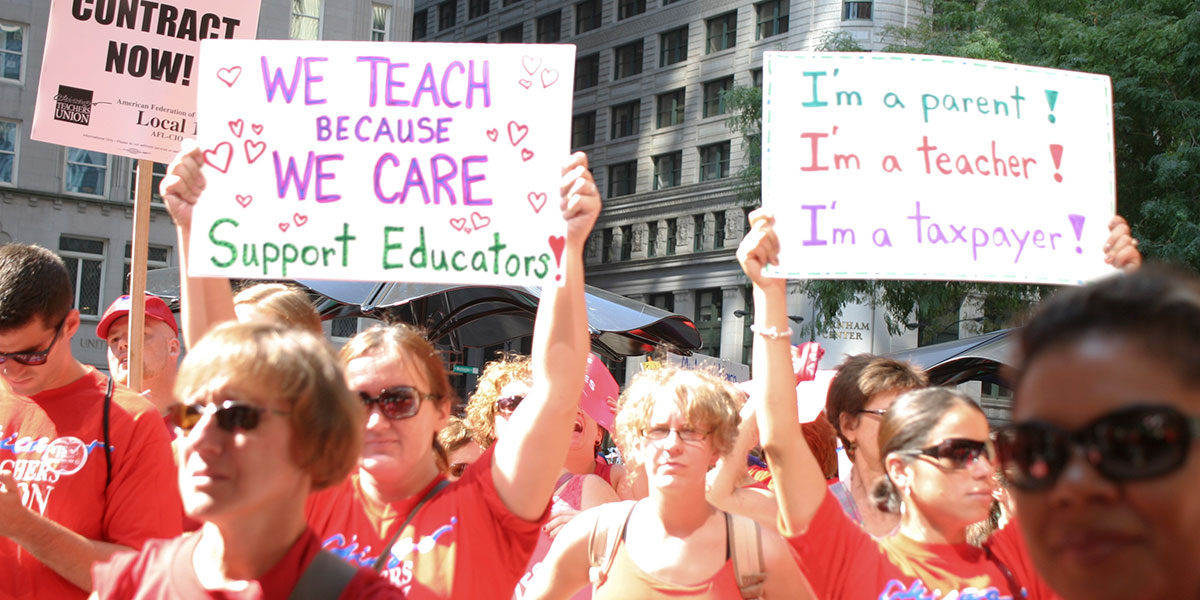 We’re trying something new here at A Just Chicago. We want to start bringing you a brief weekly roundup of stories, news, and reports on issues that impact the fight to build the schools and city that our students deserve. Check back here every Thursday for more!

The Cost of Segregation : The Metropolitian Planning Council has published a new report on the economic impacts of racial and class segregation in Chicago.

“Add it up, and it’s clear that segregation holds back the entire region’s economy and potential—and whether we realize it or not, it’s costing all of us. Our social fabric and our economy will be stronger if we all have more opportunities to live, work and go to school with one another.”

‘Why ICE?’ Family, Alderman Baffled After Dad Shot During Raid : ICE raided a sleeping family’s home in the Belmont-Cragin neighborhood this week. One family member, a permanent resident, was shot by ICE officers and his son, a US citizen, was detained.

“ICE’s guns-blazing raid on a Northwest Side home filled with sleeping kids is exactly why the City of Chicago should refuse to collaborate with ICE. ICE routinely violates the American people’s constitutional rights,” [Alderman Ramirez-Rosa] said in a statement. “This guns-blazing ICE raid deepens my resolve to organize my community so we can keep each other safe from the threat posed by ICE.”

“Many factors have come to a head: working parents unable to take time off in the middle of the day to pick up their child from half-day preschool, transportation difficulties for elderly caregivers, and the constant demand for slots balanced with school resources. However, the negative correlation between new application processes and preschool enrollment cannot be ignored.”

Ex-CPS consultant sentenced to 7 years in prison in bribery scandal : The private consultant who won no-bid contracts with CPS by promising kickbacks for Rahm’s hand picked former CPS CEO Barbara Byrd-Bennett, has been sentenced to seven years in prison, reminding us of the need for community accountability on our Public School Board.

“Solomon was the first defendant to be sentenced in a white-collar crime case described by both the judge and prosecutors as particularly egregious because it preyed upon a system suffering an acute fiscal crisis.”

“Norfolk Southern is using its eminent domain power to take Edwards’ and others’ homes in this predominantly African-American community on the city’s South Side. Most of her neighbors were bought out by the railroad over the last few years. Edwards, who has lived in her home for 52 years, is among the last holdouts against the $285 million rail yard expansion.”