In the past few weeks the city of Chicago has been in the gaze of local and national media alike for the city’s failure to explain the events surrounding the murder of Laquan McDonald and its subsequent cover up. Laquan McDonald was 17 years young when he was executed by Chicago Police Officer Jason Van Dyke. The fatal details surrounding his murder have put Chicago front and center for questions around police conduct, competence, and corruption among the city’s officials. For young Black organizers in the city this narrative is all too familiar. City officials, namely Mayor Rahm Emanuel and State’s Attorney Anita Alvarez, and young Black organizers have reached an impasse that cannot be solved with a press conference or back door meeting. Young Black organizers across the city are demanding a complete restructuring of how Chicago is governed and funded.

In a city where a young Black man’s shooting by a police officer sixteen times can remain covered up for a year there is a critical issue that brings violence to Black communities that are often, themselves, portrayed as the source of violence. Young Black organizers have been pushing for accountability for officer Dante Servin — a police officer who murdered Rekia Boyd, a 22 year young Black woman, and has been recommended to be fired by now-resigned Police Superintendent Garry McCarthy. Tonight we continue the fight for the final step to getting this officer fired without pension. We have also been in solidarity with the family of Ronald Johnson, another young Black man murdered by the city’s police force. We understand that as we push for the removal of these officers we are indicting a system that has perpetually done violence to Black communities as cited by the legacy of Jon Burge and the torturing of Black people by Chicago Police Department. 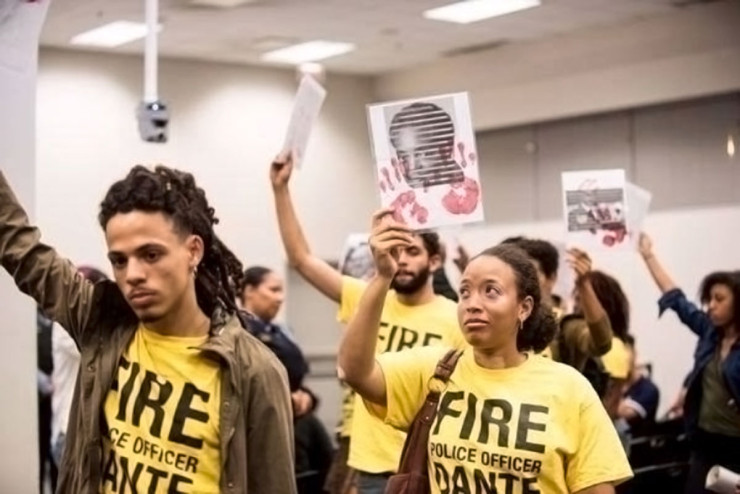 Mayor Emanuel only seeks to pacify constituents with empty rhetoric, but the city’s actions clearly outline a divestment from Black communities. Since 2012, only two percent of police misconduct cases in the City of Chicago have received any kind of discipline. This lack of concern for the people can be seen with the complete dismissal of community residents who went on a 34-day hunger strike for an open enrollment green school in the historic Bronzeville community. This can be seen with the closing of 51 schools prior; the threat to cut teachers’ pay by 12 percent while the city budget allocates 40 percent funding to the Chicago Police Department; the unwillingness to fund a trauma center for residents in Black communities. The list goes on and not one move has centered Black people. 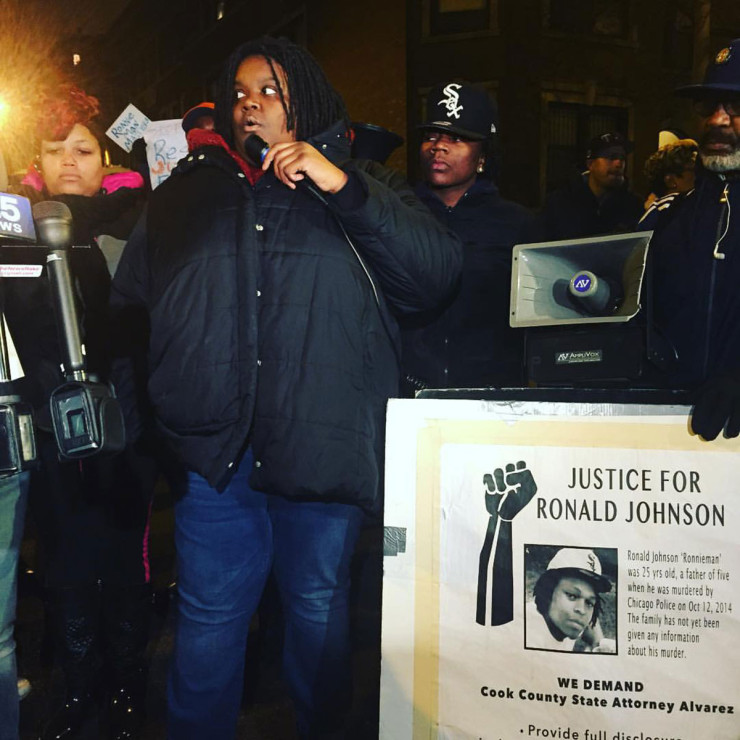 For this reason young Black organizers declined a meeting with the mayor because our priority is to work with other community members and demand that the city divest from police funding to fund Black futures. Rahm Emanuel has led the passing of a budget that gives $200 million to policing. We demand that there be an immediate divestment from funding police because they are not keeping our communities safe. Money spent on policing could be reallocated to programs and jobs that hang in the balance due to Governor Rauner’s stance to cut programs and not pass a budget for the State of Illinois. One day of funding that would go to the Chicago Police Department could fund four years of violence prevention programming in the city of Chicago. In this moment the city is faced with the opportunity to not only demand the resignation of city officials doing harm to our communities but completely reshape how it is governed and funded. We have an opportunity to love and protect the families of people who have been violently ripped from us by the state and to also secure a meaningful life for those who are here and whose lives still matter.

Johnaé Strong is a CTU member, educator and organizer based out of Chicago seeking to build liberatory education for people of all ages. She also works to connect education to active participation in the shaping of a more just world for all people as a member of Black Youth Project 100.
View all posts by Johnaé Strong →