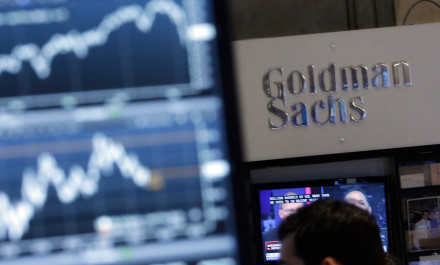 Investors will always be concerned with only one baseline, their rate of return (AP Photo/Richard Drew)

Investment bankers dressed up as philanthropists will still follow their cardinal rule: prioritize their ROI (Return on Investment).

The New York Times reports that Goldman Sachs announced receipt of $267,000 in their first pay-out from its ‘philanthropic’ investment in Utah’s preschool program. In an arrangement called a Social Impact Bond (SIB) Goldman Sachs put up $4.6 million for a preschool program in Utah school districts, with an expectation to earn back money based on how many students in the program end up not requiring special education services that they would have otherwise ended up needing. If none of the students in the program avoid special education, then the investors do not get paid back.

But researchers and early childhood program experts have questioned the pay-out scheme, finding that the deal was structured so Goldman would make back all of the lent money, along with a 5% ROI if 50% of the children the district expected to need special education avoided it, and that the metric to identify whether a child entering preschool would later need special education services was neither designed to even measure such needs nor did it have any accommodations for children who didn’t speak English. Pocketing their first pay-out from the schools, Goldman Sachs claimed that it had helped 99% of students avoid special education services who would have otherwise required them.

In the article, a scientist from the Frank Porter Graham Child Development Institute was quoted as saying:

To just assume that all these children would have gone to special education is kind of ridiculous.

Social impact bonds set a dangerous precedent: that a “no-brainer,” beneficial program such as preschool can be funded on the condition that it provides a high rate of return for banks and financiers.

The Utah program preceded Chicago’s own preschool privatized-return scheme, approved and started in the fall of 2014. For Chicago’s SIB, Goldman Sachs, Northern Trust, and the Pritzker Foundation put up a combined $17 million, but only $15.4 was for running the program—the rest was for the cost of setting up the experiment in profit-generation. The contract allows for the banks to earn as much as $30 million from CPS and another $4.5 million from the city, doubling earnings for the banks.

In testimony to the Chicago City Council, which approved the deal, Chief Financial Officer Lois Scott estimated that at the projected level of payments the program would give a 6.3% rate of return to investors. The administration touted that rate as a good deal, despite the fact that it was higher than what Chicago paid for general obligation bonds, as well as higher than the base estimates of the Utah program. Furthermore, the CFO failed to disclose that if payments are higher than projected, banks could earn a rate of return as high as 13%.

The administration also made the claim that the program could save as much as $300 million in special education avoidance. These savings would be achieved only if each of the 2,600 students served by the preschool expansion would be identified as requiring special education services for the duration of their education, if not for the program. This absurd claim has now been actualized by the Utah program, where Goldman Sachs is pocketing all the schools’ supposed savings as profit.

The way these SIB preschool programs are financed has some real dangers to students as well as to school districts finances. There are already pressures to avoid special education identification, but this contract ties the non-identification of special education needs directly to the profit-stream of major banks. As for the savings that are generated, they do not appear out of thin air. Student needs are growing, child-poverty is increasing in Chicago, and more students are identified as homeless each year – just because special education services may be avoided does not mean that other needs are being addressed. CPS currently has 11 Child-Parent Centers, and had as many as 24 in the past. Presumably, these programs have led to savings from special-ed avoidance over the years – could CPS have afforded to not re-invest those savings into student needs? Chicago’s SIB contract requires CPS to budget specifically to pull millions of dollars in ‘savings’ out of their operations for student services and hand it over to the banks.

Also, these preschool SIB contracts are a low-risk investment for the banks. There are specific safeguards written into Chicago’s contract, such as that if the ‘effect size’ of the program is far less than expected and special education savings are not being generated, then the entire program evaluation, metrics used, and statistical model will be reassessed. In other words, if the banks aren’t getting paid – then the model will be changed.

We know high-quality preschool programs are valuable and pay for themselves, but SIB programs like the Utah and Chicago ones base their sustainability on how much profit they can bring to the financial sector. Even some of those who see a role for private capital and financial sector leverage in public sector programs, see preschool private profit schemes as a bad deal. Rick Cohen of Non Profit Quarterly, puts it this way:

There are important roles for private capital to leverage—or be leveraged by—public funding, especially if the corporate funding boosts the capacity and access to working capital of nonprofits tackling issues that don’t come with ready-made, proven solutions and truly need high-risk capital. But if the programs are known to work, as many have been demonstrated to do before the concepts of “pay for success” or “social impact bonds” ever entered the public policy lexicon, it seems so much more logical for government simply to pay for the programs to get them done and not add returns… to attract Wall Street investors.

At the lack of will on the part of the mayor to find $ 4 million a year, Chicago has monetized preschool students’ learning and special education needs to create a reliable profit-stream for banks.