Ticketing rates were up vs arrests for Chicagoans found in possession of 15 grams or less of marijuana, and the ticketing rate was similar, a little less than 30 percent, across all races, according to the Sun Times. This data was enough for Alderman Brookins and other alderman, as part of a re-election push for the mayor, to claim the end of disparate treatment against African Americans, attributable to reformed behaviors in the police department. But an immediate follow-up examination of the numbers by the Sun Times showed that ticketing and arrests as a rate of the population were still alarmingly disproportionate. Blacks were ticketed and arrested 16 times more often than whites. 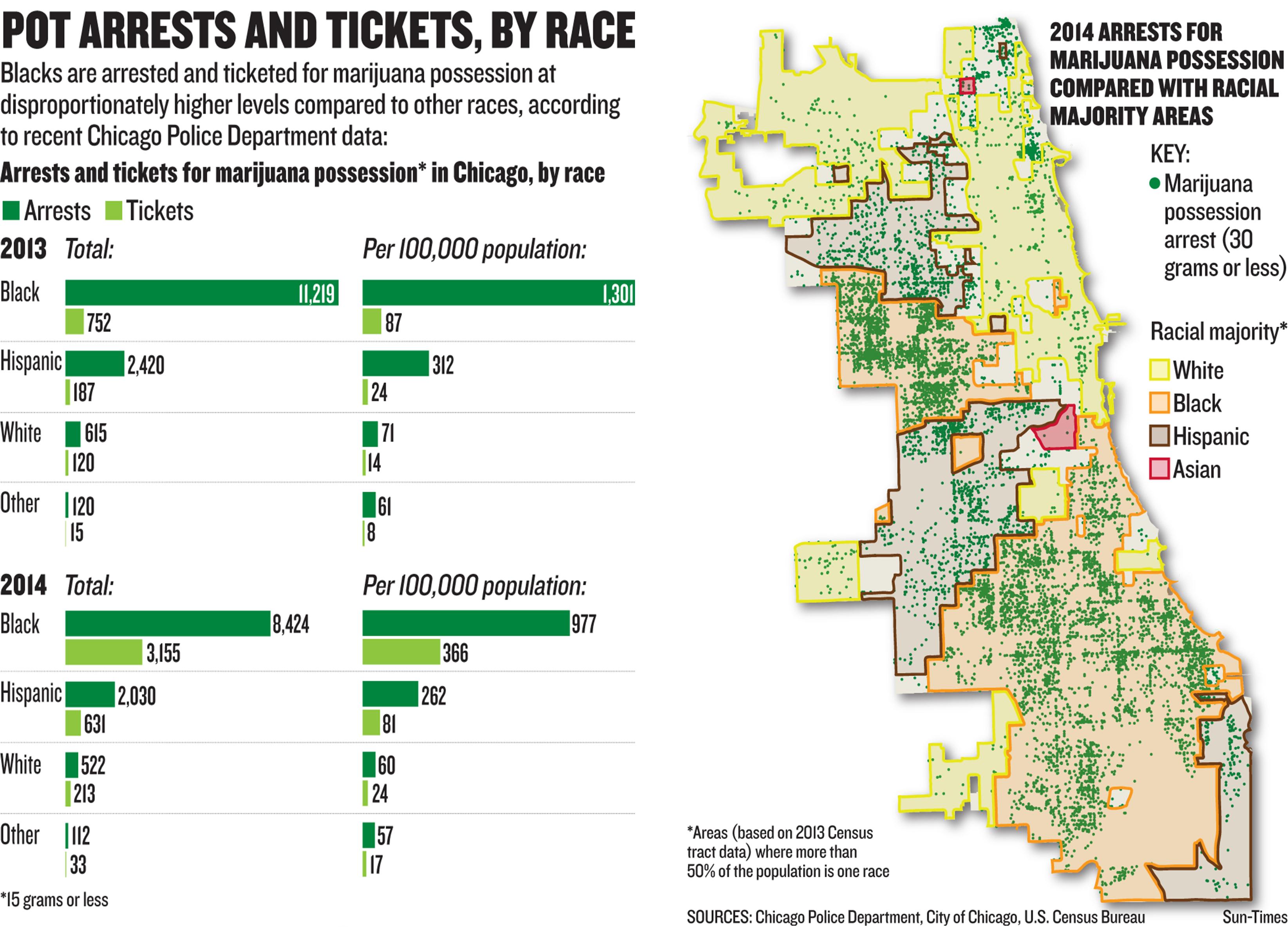 The mayor and Chicago Public Schools officials have also touted progress in reforming school discipline over the last several years, but like marijuana arrests, the data on the number of suspensions meted out belie their claims. For years local and national groups brought attention to the alarming use of suspensions and expulsions in Chicago’s schools and their disproportionate impacts on students of color. CPS announced changes to the student code of conduct in 2012, eliminating automatic 10-day suspensions and reducing the maximum punishment for a range of offenses. This year the administration and the mayor claimed major progress in reforming school discipline, while announcing further revisions to their discipline code. The mayor’s re-election campaign claims a reversal of zero tolerance policies, pointing to steep drops in the raw number of out of school suspensions, referrals for expulsion and in-school arrests since 2011.

These disparities persist because CPS mandated a reduction in out-of-school suspensions and expulsions without addressing the breadth of issues that lead to disciplinary problems, and without providing adequate resources for restorative justice programs to resolve conflicts. Changing the thresholds for a range of offenses in a discipline code doesn’t address the conditions that lead to school administrators and staff resorting to the greatest punishment available to maintain order. Likewise, decriminalizing marijuana possession won’t undo the other incentives and entrenched procedures in law enforcement that lead to the disproportionate detention and arrest of people of color.