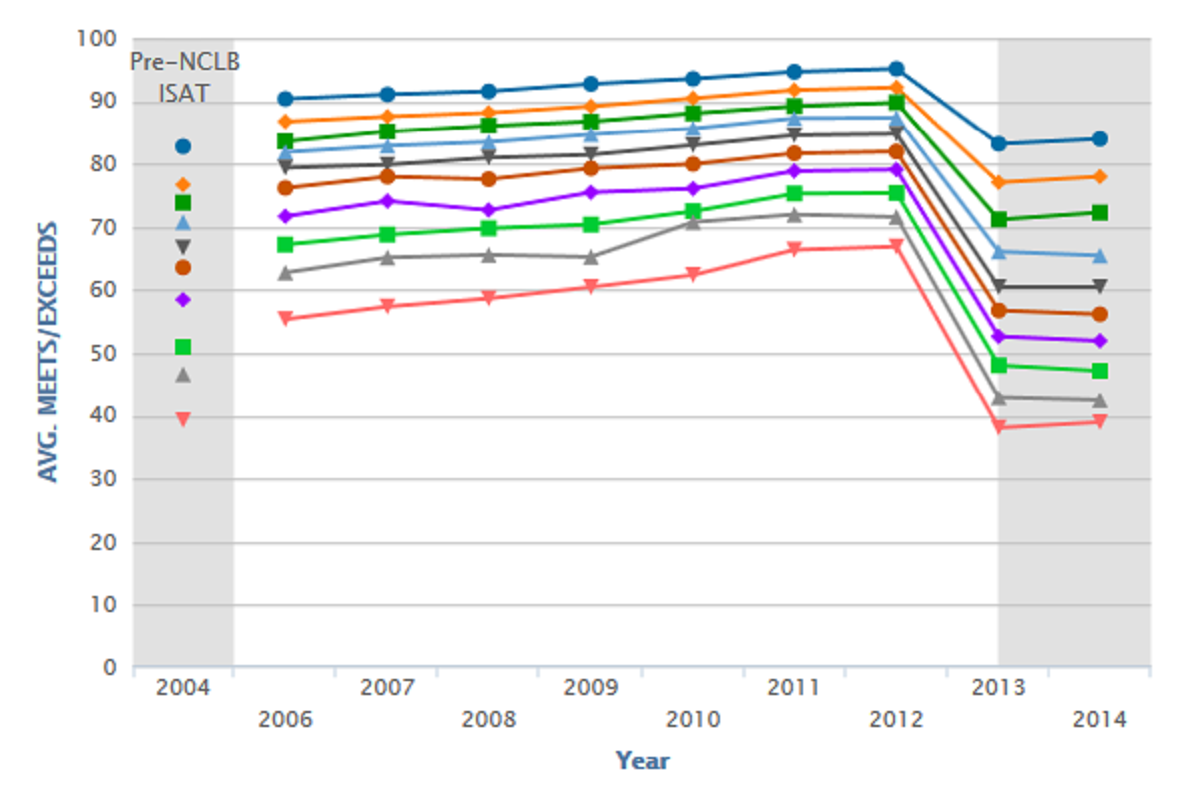 A Just Chicago makes the case that poverty and achievement (as measured by test scores) go together. A recent study by the Daily Herald and WBEZ confirmed that these correlations on a national level hold up in Chicago also. 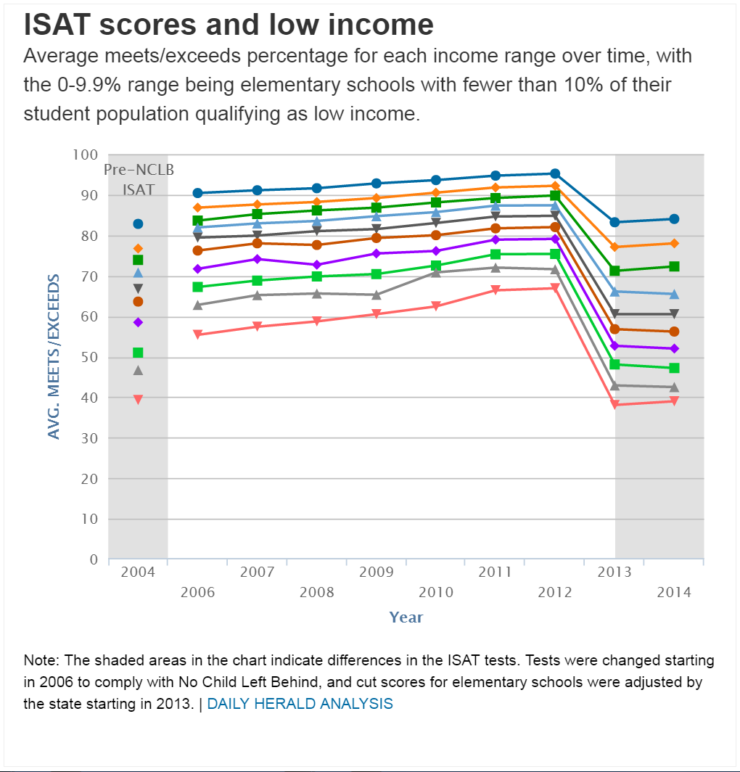 Despite 12 years of No Child Left Behind policies, school closings, turnarounds, and take overs, poverty still stands out as the most reliable predictor of achievement. When will CPS and their political hacks stop experimenting on schools and instead go after what has been shown over and over to be the problem: poverty. The current policies of using education dollars to make the rich richer while the poor get worse schools are primary contributors to the demise of education.