Why does it take a rock festival attended mostly by young white people to wake the city up to the disinvestment on the west side?  Both aldermen whose wards cover Douglas Park are hoping that Riot Fest will bring much needed attention and resources to their communities.  The residents in the community organizations around the park have been organizing for decades.  Dr. King moved into an apartment in the area in 1966 to bring attention to the disinvestment of this African American community.  The three-day walk that the CTU organized in 2013 to protest against the mass school closings was an effort to bring public attention to the disinvestment that the closings would only worsen.  But it ends up being a rock festival in the park for three days to wake up the city to think about how neglected the area has been. 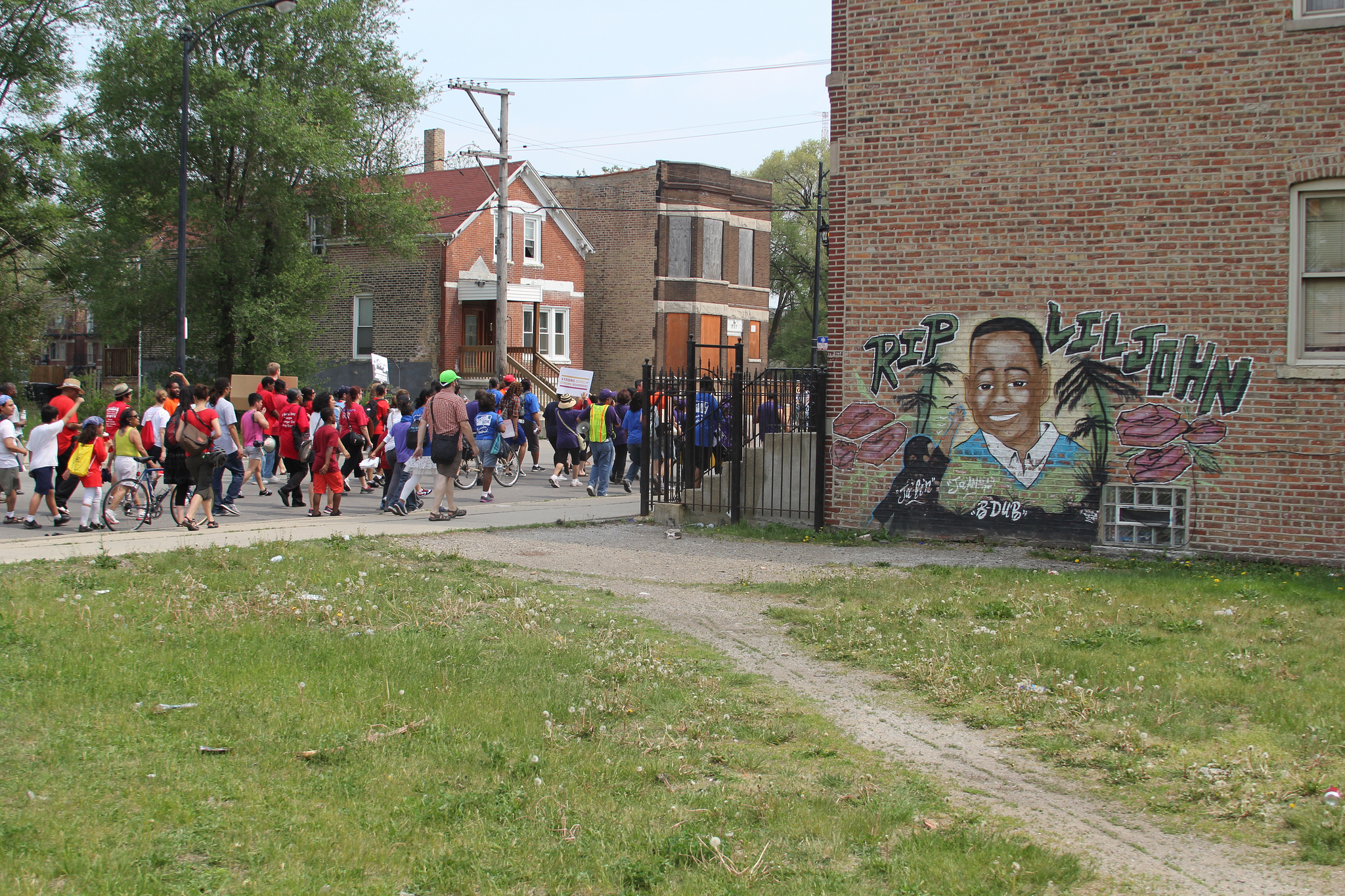 The festival brings 160,000 attendees from all over the region together for a three-day music festival.  The tickets range from $130 – $300, not exactly affordable in a community where more than half of the community residents earn less than $25,000 per year and nearly 1/3 of the homes are vacant.  The festival had been held in Humboldt Park since 2012 but the alderman and neighbors protested against it this year because the concert organizers did not do a sufficient job cleaning up the park last year after days of rain and rowdy partying.

Both communities deal with crime and gang issues, but Humboldt Park has been gentrifying for over a decade.  The neighborhoods surrounding Douglas Park have suffered from decades of disinvestment, especially North Lawndale to the north which never recovered after white flight, slum landlords and ultimately the race rebellions after Dr. King was murdered.  North Lawndale has suffered tremendously from school closures and charter proliferation – to the point that Valerie Leonard said that there is not one single publicly-run neighborhood school surrounding Douglas Park anymore – they’re all either charters or are run privately by AUSL.  There was huge housing speculation in North Lawndale leading up to the Olympic bid but the area is still lacks a strong local economy and political clout and so far hasn’t been revitalized.

The residents in North Lawndale deserve resources just as much as anyone else in the city.  It should not take political clout the color of one’s skin for the city to decide to invest in public schools and economic development.